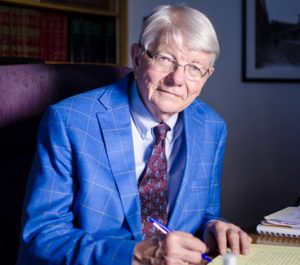 Carlyle was born in Deadwood, South Dakota, and graduated from Deadwood High School, Northwestern University (Evanston, Illinois) and the University of South Dakota Law School where he authored the handbook “Installment Contracts for the Purchase of Land in South Dakota” (1959). Carlyle served as law clerk for U.S. District Judge Axel J. Beck in 1960-1961 and has practiced law in Aberdeen at all times since. From 1971 to 2000, and then temporarily in 2008-2009, he served as part-time U.S. Magistrate Judge for the Northern Division of the District of South Dakota. Carlyle specializes in agricultural cooperative law. He is admitted to practice in South Dakota before the United States District Court in South Dakota and the Eighth Circuit Court of Appeals. 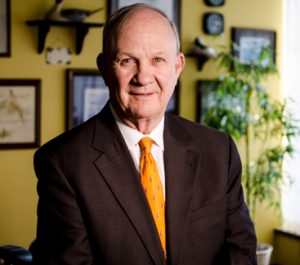 Tom Tonner was born and raised in Aberdeen, South Dakota. He graduated from the University of South Dakota School of Law in 1970. He served as Brown County States Attorney from 1972 through 1975. In 1975, he left the States Attorney’s office to devote his time to his private practice. Tom has been very active in litigation law with his practice. He has challenged an amendment to the South Dakota Constitution and was successful in having the United States Federal Court find the Amendment unconstitutional. Tom was also involved in litigation and on appeal as it relates to business litigation and covenant not to compete. Tom is admitted to practice law in the State of South Dakota, U.S. District Court of South Dakota, U.S. Bankruptcy Court for the District of South Dakota, and the U.S. Court of Appeals for the 8th Circuit. 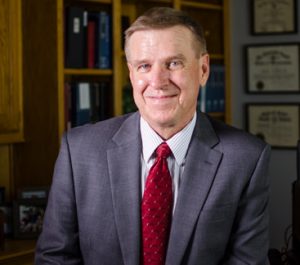 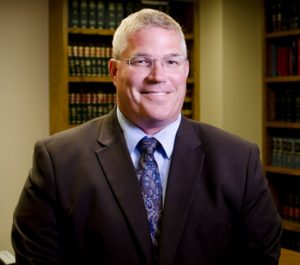 Victor B. Fischbach was born and raised in the Aberdeen area and eventually moved to Rapid City, South Dakota, where he graduated high school from Rapid City Central. He graduated from Creighton University in Omaha, Nebraska, in 1992 with a Bachelor of Arts degree in English and history. He attended the University of South Dakota School of Law and graduated in May 1995.

Following law school graduation, he was employed in private practice with the law firm of Tinan, Smith, and Bucher in Mitchell, South Dakota. He later became employed as a deputy state’s attorney for Brown County, South Dakota, where he had interned in law school. After four years as a deputy state’s attorney, Victor ran for the office of Spink County State’s Attorney which is the county where his farm is located. He is currently serving his fifth term as state’s attorney. At the same time as initially running for office in 2000, Victor established his private practice with Peter J. Pagones who has since retired. In January 2012, he established his practice at its current location. Besides practicing law, Victor is also involved in real estate development in commercial and residential properties.

Victor has also served on numerous local boards as a director and has been appointed by past governors to serve on statewide commissions regarding methamphetamines/drug use and criminal law revisions. In addition to serving as a special assistant attorney general, Victor has also served several terms as a director for the South Dakota State’s Attorney’s Association, as well as two terms as vice president and two terms as president of that association. Victor is also licensed in federal court. 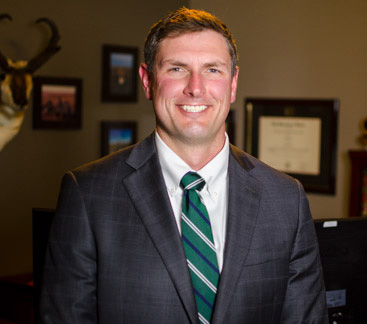 Ryan was born and raised in Aberdeen, South Dakota. He obtained his bachelor’s degree in economics from St. John’s University and his law degree from the University of Denver, Sturm College of Law. While attending law school, Ryan clerked for the Honorable Judge (now Justice) William W. Hood III and Judge Brian Whitney in the 2nd Judicial District in the City and County of Denver, and during his third year, he worked as a student attorney for the civil litigation clinic at the University of Denver. Ryan is a member of the South Dakota State Bar and has been admitted to practice in the U.S. District Court for the District of South Dakota.

Let us resolve your legal problems.

Set Up A Consultation
Go to Top